Learn the Science behind Apple Cider Vinegar (ACV) and does it have any health benefits. 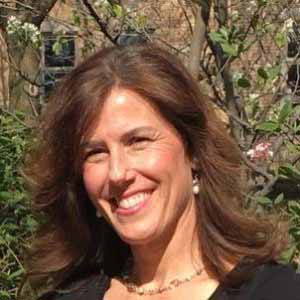 Medically reviewed by a board-certified physician

I was at a party recently where a woman was talking about how her 2 tablespoons per day of Apple Cider Vinegar (ACV) helped her lose weight and that it has so many powerful health benefits people are not aware of.

Being a health professional, I kept my mouth shut and decided to dig into the research.

But what is the truth about Apple Cider Vinegar (ACV)?

Are these health claims substantiated?

What is Apple Cider Vinegar (ACV)?

A good place to start is to look at how ACV is made and its nutritional make-up. Apple Cider Vinegar is produced from taking apples and putting them through a process of crushing, distilling, and finally fermenting them.

Most vinegars are filtered and pasteurized, but some manufacturers leave the harmless bacteria—also called “the mother”—and label the vinegar as “raw” and “unfiltered.” This is particularly common with apple cider vinegar.

One tablespoon of apple cider vinegar’s nutritional value has:

“There is no nutritional value to apple cider vinegar. Therefore, the proposed mechanisms in which ACV is claimed to work are completely inaccurate”, says Pharmacist, Neal Smoller.
When asked about special health-promoting benefits of ACV Arizona State University Nutrition Professor Carol Johnston replied, “Good marketing”. She goes on further to say, “Acetic acid is the defining ingredient of all kinds of vinegar, and the documented health effects of vinegar are due to acetic acid. But there’s nothing special about the acetic acid in apple cider vinegar,” There could be something to ‘the mother’—some redeeming quality to that bacteria,” she adds, “but that’s just speculation. No one’s shown that.”

From my research, it seems most of the claims about the health benefits of vinegar either haven’t been tested enough or there aren’t large enough research studies to stand behind the claims we are reading about.

Here’s what I discovered:

There have been approximately twelve small studies where people were given a starchy meal, one group took two tablespoons of ACV and the other group did not.

Some of the studies showed lower blood sugar hours after the meal in those that took the vinegar, but other studies did not show this.

There were also two longer studies that included people with prediabetes, and it was found that blood sugars were not significantly lower in those who consumed two tablespoons of vinegar a day when compared to those who got the placebo.

The bottom line, Apple Cider Vinegar won’t cure diabetes, but of all the research, and it is not solid if you have prediabetes and want to give it a try, make your own salad dressing with at least a tablespoon of vinegar. It won’t take the place of any medications for diabetes, but if you want to experiment with it, it is a safe thing to try.

A few studies have shown that vinegar may have anti-cancer properties, however, these studies involved culturing cancer cells and exposing them directly to vinegar or acetic acid.

There was one large population study from China that found lower rates of esophageal cancer in people who frequently consumed vinegar. It’s worth noting that the people in the study were likely consuming rice vinegar, not ACV.

The bottom line, ACV is not going to cure cancer, unfortunately. Instead focus on healthy lifestyle behaviors such as exercise, eating healthy, seeing your doctor and having recommended screenings performed.

The scientific evidence that vinegar consumption either ACV or other types of vinegar is a reliable, long-term means of losing excess weight is not compelling.

There have been some studies performed, but all-n-all, the studies have been short in duration, the results have been slight and adding or subtracting single foods or ingredients in our diets typically doesn’t have a huge effect on weight.

The bottom line, if you are trying to lose weight adding ACV to your diet probably won’t do the trick. It may have a modest effect on weight loss, but the best way to lose weight and keep it off is through healthy eating, portion control, and exercise.

Studies seem to suggest that vinegar can increase feelings of fullness and help people eat fewer calories, which may then lead to weight loss.

Some studies on animals were performed that suggest ACV can lower cholesterol and triglyceride levels. But no studies have been performed on humans.

The bottom line Animal studies have shown that vinegar can reduce blood triglycerides & cholesterol. No human studies have been conducted. There is no scientific evidence supporting this claim that was performed on humans.

There are a lot of big claims about the health benefits of ACV on the internet. Unfortunately, many of these claims are not supported by science.

One author wisely pointed out, however, that the absence of proof isn’t proof that something isn’t happening, and anecdotes often end up becoming supported by science down the line.

At the very least, apple cider vinegar seems to be safe as long as you don’t go overboard and take excessive amounts if you want to experiment with it.

Was this article helpful?

Have a Question? Please Tell Us What We Are Missing Here!

Healthinsiders.com is intended to be used for educational and information purposes only. All Health Insiders content is medically reviewed and fact-checked by a board of medical experts to ensure accuracy.

In keeping with our strict quality guidelines, we only cite academic research institutions, medical authorities, or peer-reviewed studies in our content. You will be able to find links to these sources by clicking the numbers in parentheses (1, 2, etc.) that appear throughout our content.

Medical Disclaimer: This product/supplement review is not intended to provide diagnosis, treatment, or medical advice. Please consult with a physician or other healthcare professional regarding any medical or health-related diagnosis or treatment options.

We invite you to contact us regarding any inaccuracies, information that is out of date, or any otherwise dubious content that you find on our sites via our feedback form.