Youtheory Tumeric has the most researched turmeric extract which has been enhanced with Bioperine. This formula has antioxidants and promotes healthy inflammation in the body.

By Health Insiders Team
Ask a Question
Customer Reviews
Our Editor Rating: 4.5Rating Methodology
Disclosure: Every product is independently selected by our editors. Things you buy through our links may earn Health Insiders a commission. Learn more about our review process here.
Find Out What Our #1 Recommended
Joint Pain Supplement CLICK HERE
In This Review

Youtheory Turmeric has a powerful natural ingredient which is curcuminoids. This is a powerful nutrient that is responsible for turmeric’s golden-yellow color and is very beneficial to the human body. Ordinarily, the curcumin present in turmeric is quite low, it is just 3% but Youtheor Tumeric has a turmeric extract that has been clinically studied with 95% curcuminoids.

Youtheory turmeric extra strength which is USB verified has a lot of health benefits including the possibility of improving heart health and preventing Alzheimer’s and cancer. It has anti-inflammatory and antioxidant properties. It may also aid in the treatment of depression and arthritic symptoms.

How Does Youtheory Turmeric Work?

Tumeric is commonly used in medicine as it contains a lot of bioactive compounds such as antioxidants. It is also known to help maintain a healthy heart and prevent cancer. Curcumin is the main ingredient in turmeric that is responsible for the many health benefits that it has. But unfortunately, turmeric naturally has just 3% of curcumin. That is why people make use of supplements.

Youtheory Turmeric Advanced formula contains turmeric that has been clinically studied and contains 95% curcuminoids and it is also enhanced with Bioperine which is a natural substance found in black pepper that improves the absorption of curcumin by 2000% and makes them more effective.

Who Is The Manufacturer Of Youtheory Turmeric

Youtheory was founded in 2010 by Darren Rude and his wife Patty Rude. It is one of the biggest manufacturers of Turmeric in the US. It has its headquarters in California and distribution centers in London, Tokyo, and Irvine. Youtheory products are sold online and in almost 70,000 retailers around the world.

What Are The Ingredients In Youtheory Turmeric

The ingredients in Youtheory Turmeric are listed below.

Turmeric – This is the most active ingredient in this supplement. Tumeric is one of the most potent nutritional supplements available with a lot of health benefits in both the body and the brain. It has been scientifically proven to prevent heart diseases, prevent the risk of cancer and Alzheimer’s disease, and help alleviate various degenerative symptoms.

It contains two active ingredients which are oleuropein and hydroxytyrosol. These ingredients are polyphenols which are known to have antiviral, antibacterial, antifungal, and anti-inflammatory properties.

Black Pepper Extract (95% Piperine) – This is an extract made from Black Pepper dried fruits and it contains over 90% Piperine. It is being researched clinically because it can improve nutritional absorption. Ordinarily, curcumin is poorly absorbed by the body and thus only a small amount of what is ingested is absorbed by the bloodstream. Black pepper extract improves this absorption by 2000%.

A combination of 1 gram curcuminoids and 10 mg piperine supplied daily for eight weeks was found to significantly improve the oxidative and inflammatory state in persons with metabolic syndrome in a 2015 randomized controlled experiment.

Consumers have agreed that the supplement is cheaper at Costco compared to Amazon but it is available more often in Amazon compared to Costco.

Although Youthery Turmeric has a good record of safety and efficiency, some side effects have been reported and they including; Stomach upset, yellow stool, diarrhea, headaches, nausea, and skin rash.

The recommended dosage of Youtheory Turmeric advanced formula is 3 tablets per day, it can be taken at once or in small doses throughout the day. A bottle contains 120 tablets.

The recommended dose of Youtheory Turmeric Extra Strength is 2 tablets per day.

Piperine which is one of the major ingredients is generally considered safe. However, it has been reported to have an antiplatelet effect and is likely to interact with some medications. Consult with your doctor before using the supplement if you are already on medications.

When used in larger doses than recommended, it can cause unwanted digestive effects.

The manufacturers of Youtheory Turmeric have stated that it should not be used by individuals under the age of 18.

In 2016, between July 28th and August 5th some turmeric brands were recalled by the FDA for having an excessive amount of lead in them, alerting the consumers. The presence of lead was discovered during the normal routine sampling by food inspectors.

Youtheory turmeric was not part of the brands listed.

This supplement has a lot of positive reviews. A lot of people that have used the products have testified that it helped to get rid of their pain and one user even confirmed that it helped to relieve him of his pain from rheumatoid arthritis, another one said that it is a must-have for anyone over the age of 70. It is highly recommended by the users because it works fast and it is very effective too.

Q: Does It Truly Contain 95% Curcuminoids?
A: Yes, it contains 95% curcuminoids. Curcuminoids are gotten from turmeric and Youtheory Turmeric makes use of turmeric extracts that have been clinically studied.

Q: Is It Usp Approved?
A: Yes, it is USP-approved. On March 31, 2020, Youtheory proudly announced that Turmeric Extra Strength was now USP certified. Youtheory’s product was verified by USP independently and this demonstrated how committed the brand was to producing supplements with very high quality for its consumers.

Q: How Long Does It Take To Notice Any Improvement?
A: This varies according to your body type and the type of pain you are experiencing. Although most users said the relief is immediate.

The Bottom Line on Youtheory Turmeric

Turmeric is a popular substance with considerable studies supporting its antioxidant and anti-inflammatory qualities, as well as its potential to help prevent and manage a wide range of inflammatory chronic conditions.

Youtheory Turmeric appears to be a wonderful alternative because it has been purposefully created to offer a highly concentrated and bioavailable dose of curcumin for the greatest results.

Nonetheless, despite turmeric’s possible health benefits, this product should not be taken in place of a healthy lifestyle and dietary habits, or as a quick fix to lower systemic inflammation. 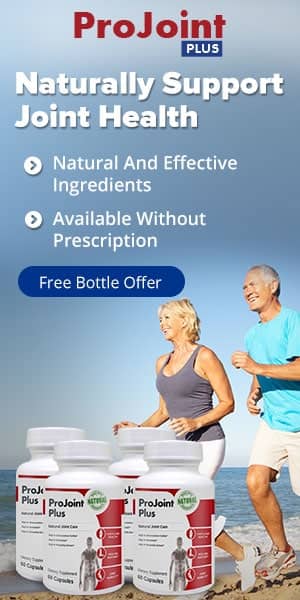 Find Out What Our #1 Recommended Joint Pain Supplement CLICK HERE

Were you able to find everything you were looking for Youtheory Tumeric?