Body Dysmorphic Disorder is a mental disorder where individuals are preoccupied or obsessed with one or more perceived flaws in their appearance. 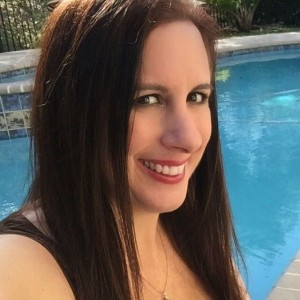 Medically reviewed by a board-certified physician

What does it mean to have body dysmorphic disorder (BDD)? Photo (Shutterstock)

Have you ever looked in a mirror and became obsessed that one of your eyes is slightly larger than the other? Or been fixated that your tooth may be a little crooked? Now, imagine that this imperfection is all that you saw every single time that you looked in a mirror.

And, that this flaw is the only thing others think about when they look at you. When you become consumed by these thoughts and feelings, and they begin to cause problems in your daily life, you may be experiencing body dysmorphic disorder.

These obsessive and controlling thoughts can lead the individual to spend excessive amounts of time trying to cover or conceal the flaw, to seek verbal approval of his/her looks (even though the person is not likely to believe what people say), and to withdraw from social situations.

Because these thoughts are so intrusive, suicidal ideations tend to frequently accompany body dysmorphic disorder as well as higher rates of suicide.

What is Body Dysmorphic Disorder (BDD)?

In the Diagnostic and Statistical Manual of Mental Disorders, Fifth Edition (DSM-5), body dysmorphic disorder is characterized under the chapter of “Obsessive-Compulsive and Related Disorders[2].” BDD is a mental disorder where individuals are preoccupied or obsessed with one or more perceived flaws in their appearance.

This preoccupation typically focuses on one or more body areas or features, such as their skin, nose (size or shape), teeth, or hair. The skin is frequently the main focus for people with body dysmorphic disorder—with a preoccupation on wrinkles, scars, acne, or paleness.

Fixation on body hair is also common and may include anxiety over hair loss, characteristics of hair, and/or unwanted facial hair. Some people with BDD may show concern about a perceived asymmetry of a body part. Yet, anybody area or part can be the subject of a person’s obsession.

A systematic review of body dysmorphic disorder reveals that BDD affects approximately 1.9 percent of the population and has a higher prevalence among females rather than males[3]. Body dysmorphic disorder typically starts in adolescence (but can begin at any age). This disorder causes people distress and functional impairment. It may also lead to the inappropriate use of plastic surgery and cosmetic treatments[3].

BDD is characterized by two types of obsessive behaviors (these are behaviors that a person may be spending hours each day engaging in):

1. Persistent thinking about a perceived flaw (that is usually imagined, or if present, barely noticeable).

Individuals with body dysmorphic disorder may often try to hide symptoms due to being embarrassed and ashamed and/or fear being negatively judged.

In fact, many people with body dysmorphic disorder report intense feelings of shame and low self-esteem[4]. They may feel self-hatred due to beliefs that they are unacceptable and unlovable.

People affected by BDD are convinced that others make fun of their appearance, which can cause them to isolate themselves from social interactions. Because of this, approximately 80 percent of people with body dysmorphic disorder report having experienced suicidal thoughts—with one in four individuals actually attempting suicide. The rate of suicidal thoughts for people affected by BDD is 10 to 25 times higher than that of the general population[5].

There are two subtypes of body dysmorphic disorder: Muscle dysmorphia and BDD by proxy[6]:

1. Muscle Dysmorphia: A preoccupation with the idea that your body build is too small or that you are not muscular enough. The person may over-value his/her appearance and believe that others negatively evaluate his/her appearance. Muscle dysmorphia is different from an eating disorder or healthy fitness/bodybuilding because the person has an inaccurate perception and obsession with body image. His/her self-esteem is rested almost entirely on building muscle whereas other factors (like intelligence, sense of humor, relationships, etc.) are not important.

2. BDD By Proxy: A preoccupation with the perceived imperfections with another person’s appearance. This person is often a spouse/partner but could be a parent, child, sibling, or stranger. The individual will often engage in repetitive, compulsive behaviors to reduce anxiety (or guilt about having this preoccupation) and to improve the person’s appearance.

It is not well understood as to what causes body dysmorphic disorder. There appear to be both biological and environmental causes. Some research suggests that brain chemicals, called neurotransmitters (specifically serotonin) could play a role in causing BDD—since this helps to regulate mood.

Body image fixation is also more common in people whose biological family members also have this disorder, so this suggests that there could be a genetic cause as well.

Neuroanatomic (the study of the structure and organization of the nervous system) findings also seem to show some evidence that body dysmorphic disorder may have biological causes.

For example, there has been a research that found that the orbitofrontal cortex and anterior cingulate cortex volumes of people with BDD are significantly smaller than those without BDD—this means that the brains of individuals with body dysmorphic disorder contain more white substance as compared to people who do not have this disorder[7].

Fixation on one’s negative body image could also be driven by the image-obsessed culture that we live in. The constant onslaught of unrealistic, idealized physical perfection and expectations of beauty that are glamorized in our culture is thought to be an aggravating factor of BDD.

Additionally, it appears that certain factors seem to increase one’s risk of developing or triggering body dysmorphic disorder. These include childhood teasing, physical or sexual abuse, low self-esteem, emotional conflict during childhood, and/or parents and others who were critical of the person’s appearance.

Many people may be unhappy with some part of the way they look. Yet, if the amount of time and energy you spend thinking about your inferior body part interferes with your day-to-day functioning or causes you substantial emotional distress, you may be experiencing body dysmorphic disorder.

Common signs and symptoms of BDD to look for include[1]:

Common areas of concern for people with body dysmorphic disorder may include:

Body dysmorphic disorder treatments typically include medication, therapy, or a combination of both. The goal of treatment is to improve the person’s quality of life and overall day-to-day functioning.

Treatment for body dysmorphic disorder is also aimed at reducing the distress associated with one’s perceived flaw and decreasing the compulsive behaviors that are associated with BDD.

It should be pointed out that many people with body dysmorphic disorder pursue surgical treatment options, such as plastic surgery, cosmetic procedures, and hair implants in hopes of “fixing” their perceived flaws.

There is no evidence that these actions are helpful in the treatment BDD. It seems that this type of solution rarely improves body dysmorphic disorder symptoms and may actually make symptoms worse.

In fact, following a cosmetic treatment, it is not uncommon for a person with BDD to develop a new area of concern (for example, changing from a concern about freckles to now being concerned about nose size) and/or report an increase in his/her preoccupation of appearance.

This occurs because ongoing a cosmetic procedure may correct the actual appearance of the flaw but does not address the person’s obsessive/compulsive thoughts and actions.

Body dysmorphic disorder is a real mental disorder. It is important to distinguish that the appearance preoccupations felt by people affected by BDD are much more serious than having a mere vanity problem.

People who have body dysmorphic disorder typically feel extreme shame and embarrassment and are at greater risk of attempting suicide. Try to learn to recognize the signs of BDD because early identification and treatment of this disorder often yields the best results.

Also, the good news is that if you receive and follow a treatment regimen, the outlook is promising for people with body dysmorphic disorder. If you have been prescribed medication, it is important to note that you may need to try different medications or dosages before you find the right fit for you. Always follow your doctor’s recommendations and don’t hesitate to ask any questions you may have about them.

People who have a strong support network also tend to do better over time. And if you are affected by body dysmorphic disorder, educate yourself. Pay special attention to the certain triggers that increase your symptoms, and make sure you talk about these with your therapist and/or doctor.

She is a licensed mental health counselor and completed her Ph.D. in psychology from Capella University.... [Read Full Bio]

I have a medical question.
X

I have a medical question.
X

Healthinsiders.com is intended to be used for educational and information purposes only. All Health Insiders content is medically reviewed and fact-checked by a board of medical experts to ensure accuracy.

In keeping with our strict quality guidelines, we only cite academic research institutions, medical authorities, or peer-reviewed studies in our content. You will be able to find links to these sources by clicking the numbers in parentheses (1, 2, etc.) that appear throughout our content.

Medical Disclaimer: This product/supplement review is not intended to provide diagnosis, treatment, or medical advice. Please consult with a physician or other healthcare professional regarding any medical or health-related diagnosis or treatment options.

We invite you to contact us regarding any inaccuracies, information that is out of date, or any otherwise dubious content that you find on our sites via our feedback form.